Cuba Reiterates Its Commitment to General and Complete Disarmament

Cuba’s commitment to general and complete disarmament, especially nuclear, was ratified in Geneva, Switzerland, by Bruno Rodriguez Parrilla, Minister of Foreign Affairs, who met Tatiana Valovaya, Director-General of the United Nations Office (UN) in that city. 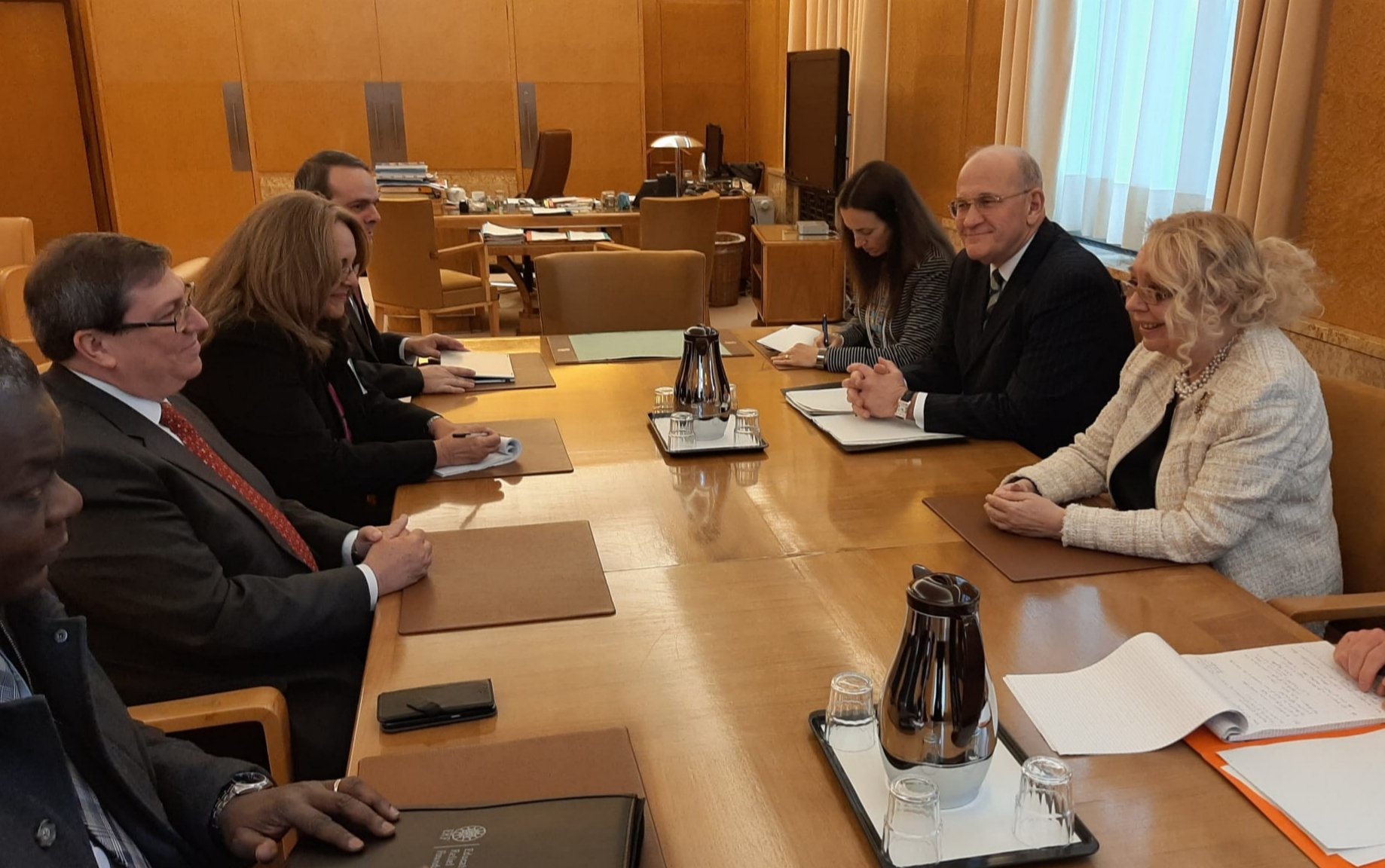 Cuba is committed to a world where peace prevails. Photo/@BrunoRguezP.

On Twitter, the Chancellor reported on this meeting and others he held during the High Level Segment of the 43rd regular session of the Human Rights Council.

During the day, Rodriguez Parrilla met with the chancellors of Venezuela, Guatemala, and Armenia, and with South Africa’s Deputy Minister of International Relations and Cooperation.

The meeting with Venezuela’s Chancellor Jorge Arreaza was also highlighted by the Chancellery of the Bolivarian country, noting that Venezuela and Cuba strengthen their brotherhood relations.