CubaCoop describes in France blockade against Cuba as criminal

CubaCoop describes in France blockade against Cuba as criminal 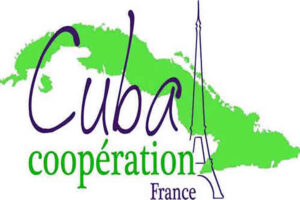 Paris, France.- The Cuba Cooperation France Association (CubaCoop) on Thursday described the US economic, commercial and financial blockade against the island as criminal and genocidal, and denounced the impact of the siege in the fight against Covid-19.

In its weekly publication La Lettre Electronique Hebdo, the association reiterated its condemnation to Washington’s aggressiveness and its demand to end it.

CubaCoop called to fight tirelessly until the blockade is lifted, which it considered important so that the Caribbean nation can protect its population without any hindrance.

The association founded in 1995 illustrated the impact of the US siege in force for more than six decades on the Covid-19 vaccination campaign of the Cubans, stating that it could not advance at the pace expected by the Government.

About this issue, it cited that Cuba’s political and health authorities have denounced the obstacles in the immunization process that, due to the difficulties caused by the blockade, prevent them from purchasing essential medical supplies.

Etiquetas: CubaCoop describes in France blockade against Cuba as criminal