Demonstrations to reject US blockade against Cuba in Italy

Demonstrations to reject US blockade against Cuba in Italy 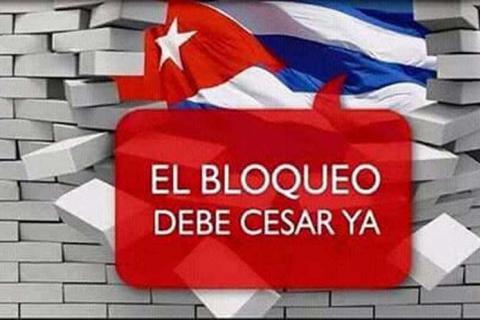 Rome, Italy.- Cubans and Italians demanded on Saturday in Italy to put an end to the US economic, commercial and financial blockade against Cuba within the framework of the world ‘Bridges of Love’ caravan.

The mobilization, convened by the National Coordination of Cuban Residents in Italy (CONACI), was supported by the movement of solidarity with Cuba and other political and social organizations.

In Rome, the demonstration included concentrations in the parks of Villa Borghese, to the north, and EUR, to the south, where the participants paid homage to Jose Marti, before leaving in caravans of vehicles to the downtown Piazza Santa Prisca, where they joined other demonstrators.

In an environment of great enthusiasm and color, the crowd gathered there raising flags and banners, shouting slogans, singing, dancing and clamoring for the immediate and unconditional end of the US blockade against Cuba in force for almost six decades.

In Milan, the scene of the protest was May 24 Square, where, in a similar atmosphere, the CONACI’s president, Ada Galano, spoke, denouncing the damage caused to the Cuban people by the isolation policy of successive US governments and thanking the Italians for their solidarity.

Protest actions against the blockade were also arranged by Cubans living in other cities such as Turin, Padua and Venice in spite of the restrictions on mobility and interpersonal contacts in force throughout the country due to the fight against the Covid-19 pandemic.

Etiquetas: Demonstrations to reject US blockade against Cuba in Italy