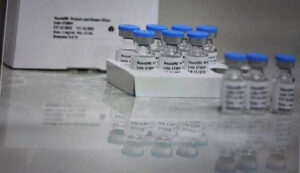 Havana, Cuba.- The President of Cuba, Miguel Díaz-Canel, today praised the approval by the national regulatory entity of the conditional health registry of the NeuroEpo molecule for mild and moderate Alzheimer’s.

The president tweeted describing the news as excellent and once again thanked Cuban science and its dedicated scientists, in this case a product conceived and developed by the Molecular Engineering Center (CIM).

“Addressing neurodevelopmental disorders in children is among the priorities of the post-pandemic stage,” the head of state stressed in another tweet.

“This is how we analyzed it with scientists and experts from the Ministry of Public Health (MINSAP) in our regular meeting every Tuesday at the Palace of the Revolution,” Diaz-Canel stated.

During the meeting, the top Cuban leadership learned about the Comprehensive Care Program for children with neurodevelopmental disorders, which is carried out at the Borrás Marfán hospital in the capital “with very good results,” according to the dignitary.

The registration, granted by the Center for the State Control of Medicines, Equipment and Medical Devices, will be valid for three years, starting on the date of issuance of the registration certificate, said the general director of the CIM, Eduardo Ojito.

The conditionality of the registration of this product is established for the confirmation of the results of a phase III clinical efficacy study, whose authorization request must be submitted within a period of no more than six months, Ojito explained on Twitter.