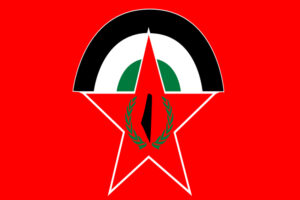 Beirut, Lebanon.- The Democratic Front for the Liberation of Palestine (DFLP) condemned the policy of US President Joe Biden against Cuba during a visit to Cuban embassy in Lebanon.

In the opinion of Ali Faysal, representative of the DFLP, Biden maintains the same line as his predecessor Donald Trump, during whose term (2017-2021) the blockade against the Cuban people was reinforced.

The Charge d’Affaires of the Cuban embassy in Lebanon, Jorge León Cruz, described the meeting with the Palestinian politician as fruitful.

At the end of the dialogue, the Palestinian leader handed over to the Cuban diplomat an initiative presented to all national forces to put an end to the division and restore unity in the battle against the Israeli occupiers.