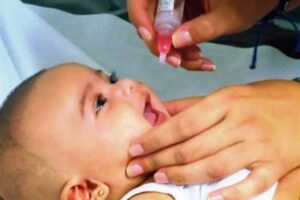 The vaccine will be also reactivated for nine-year-old children with one dose during the week, according to a press release issued by the Cuban Ministry of Public Health (MINSAP).

The first stage is scheduled from this Monday to Saturday, March 19, and those infants who, due to problems, could not be vaccinated, will take the recovery dose from March 21 to 26.

The second stage, the text added, will be from Monday, May 16, to Saturday, May 21, and the recovery dose for those who, due to a certain situation, could not be immunized, will be on May 23-28.

The vaccination campaign will be simultaneously carried out across the nation, according to the Ministry, in whose message it recalled that every year, for six decades, the country has been vaccinating its population against poliomyelitis.

Just by late February, the Pan-American Health Organization (PAHO) asked the states and territories of the Americas to redouble their efforts to protect children against this disease.

Poliomyelitis is a highly contagious illness that can invade the nervous system, causing paralysis of the legs or arms.