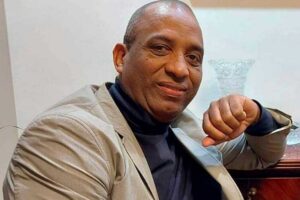 Brussels, Belgium.- The Cuba Soberana association in Belgium is preparing a new container with resources to support the island in the health sector, which would be the fourth one sent by the humanitarian project, group Coordinator Reinaldo Romero said on Wednesday.

Speaking to Prensa Latina, Romero, a Cuban resident in Belgium, said that the goal is to ship the cargo to the Caribbean nation in the coming months, which will be destined for the western Pinar del Rio province.

We already have hospital beds, wheelchairs, surgical materials, operating room clothing and other supplies, and we hope to increase them before the shipment, he stated.

According to Romero, the container, which will follow three ones sent in 2021 during the first year of the project, will also include toys and sports equipment for children.

The coordinator and promoter of the initiative acknowledged the support received from organizations and individuals from Belgium, as well as from Cuban residents, to make possible the shipments of aid for the people of the country where he was born, which is affected by the consequences of the Covid-19 pandemic and the blockade imposed by the United States for more than 60 years.

We hope to send a second container in 2022, we have already made arrangements to obtain some resources, such as furniture, but it depends on the funds available due to the increase in costs due to the current international situation, which makes everything more complicated, although nothing will stop us, Romero told Prensa Latina.