Cuba’s First Vice-President, Salvador Valdes Mesa, met this Thursday in Geneva with the Secretary-General of the World Trade Union Federation (WFTU), George Mavricos, at the annual conference of the International Labour Organization. 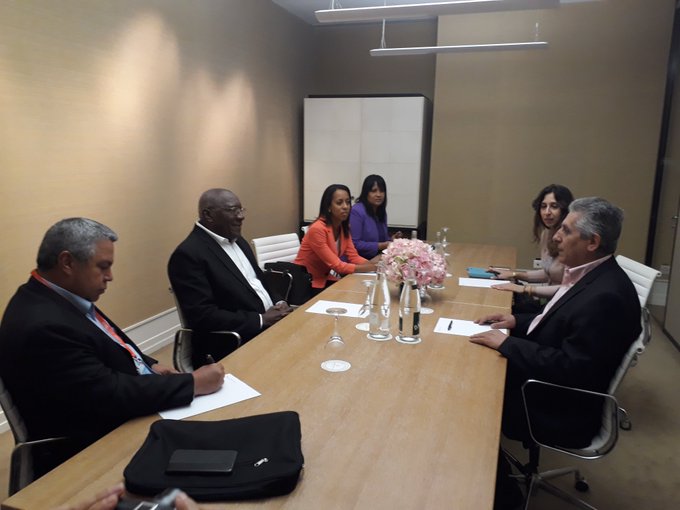 Both leaders discussed the situation of trade unionism in the world and the traditional solidarity stance of WFTU with Latin America, in particular towards Cuba and Venezuela.

Mavricos reaffirmed his firm position of rejecting the economic, trade and financial blockade imposed by the U.S. government on the island.

Precisely, the Presidential Council of the world’s second-oldest international trade union organization approved on Wednesday in Geneva a declaration of condemnation of the siege, heightened by the Donald Trump Administration with the activation of Title III of the Helms-Burton Act.