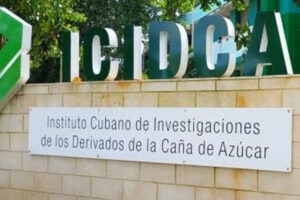 These results are the fruit of the work of the Cuban Research Institute of Sugar Cane Derivatives (Icidca), which began by producing Nitrofix, a nitrogen-fixing biofertilizer and plant growth stimulant.

Now, as part of its strategy, it has diversified its production and is currently producing five more products on an industrial scale.

Among these bioproducts is Gluticid, a biofungicide powder of a biochemical nature, which protects the botanical seed of sugarcane and benefits other crops.

There is also Bioenraiz, which has a positive action on root formation and promotes germination.

Other productions include Icibiop Glu, an achievement incorporated this year with a great demand, as it is a very efficient nitrogen fixer and phosphorus solvent.

Currently, according to Granma newspaper, work is being done to introduce it in sugar cane, although it is used for all crops.

Since last year, the institute has also been producing Biofer, a product derived from Rhizobium.

Fitomás EC, a biostimulant that has been incorporated for several years in the technological package of sugarcane production, rice and other crops, is added to the list.

The newspaper refers to the sugarcane ripener, Fitomas M, and Fitomas H, a herbicide enhancer.

IFOPOL is also produced to counteract the deterioration of grass during harvest and Tomaticid, which is widely accepted by vegetable growers.