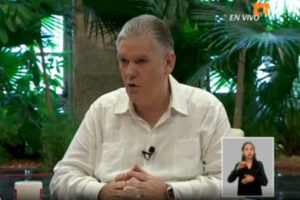 Appearing on a radio television hook-up, Gil explained that these provisions seek to improve the system of remuneration for work contributed in the state-owned productive companies, which are fundamental in the island’s economic scheme.

In this sense, he said, it was decided to eliminate the obligation to use the salary scale for the payment of workers, in order to grant greater autonomy to these companies.

This is a measure to be implemented gradually, with selected units, since it is necessary to create the conditions to take this step under the principles of efficiency, productivity and compliance with the contributions to the State, he said.

He also informed that it was also decided to separate the functions between ownership and management, in order to dynamize and give greater autonomy to the MSMEs.

This measure includes scientific centers, universities and other institutions that act as partners of these entities.

He pointed out that these provisions will bring dynamism, flexibility, capacity, and favor the predominant role that the Socialist State Enterprise should have in the Cuban economic system.