Syria reaffirms Cuba is a beacon of sovereign

Syria reaffirms Cuba is a beacon of sovereign 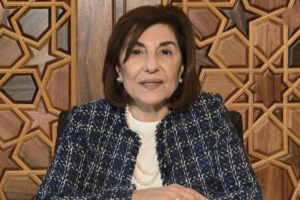 Damascus, Syria.- The special advisory of the Syrian presidency, Bouzeina Shabaan, reaffirmed today that Cuba has been a beacon of independent national decision during more than a half century, despite of the unfair American blockade, the threads and the challanges.

In an op-ed article published in the national newspaper Al-Watan, the high-ranking official considered that Cuba´s example fostered the progressive and independence process in Bolivia, Venezuela and Brazil, and recently in Chile with the victory of Gabriel Boric of the

With this victory, Chile officiallly joins the axis of the Latin American democratic countries that opose to the American hegemony, she declared.

According to her consideration, the victory of the left-wing and liberation movements, and the American failure in its attempt to change Venezuelan´s government after the defeat of Jaun Guaidó, made possible for Whashington to change its destabilizing efforts to Eurasia.

It seems that United States moved its focus of attention from its usual backyard: Latin America, to Eurasia, in a startegy to destabilize Russia and China and assure in this way the survival of its hegemony over countries´ capabilities and wealth, Shabaan said.

The initial reading of what is happening in Kazakhstan, she believes, suggests that the world has entered the era of power struggles between the United States on one hand, and Russia and China on the other, and where common fronts are burning between them in Ukraine, Serbia, Kazakhstan and Taiwan.

He concluded that Russia and China possess strong and effective factors, but Western mechanisms of action are deeply rooted and developed over decades, which makes it inevitable for Moscow and Beijing to coordinate efforts with each other and with the countries that join or will join sooner or later their approach.

Etiquetas: Syria reaffirms Cuba is a beacon of sovereign