The Ministry of Labor and Social Security implements twenty measures with the aim of protecting the state and self-employed sectors, as well as older adults and people benefited with social assistance, who remain at home in the face of Covid-19 threat. 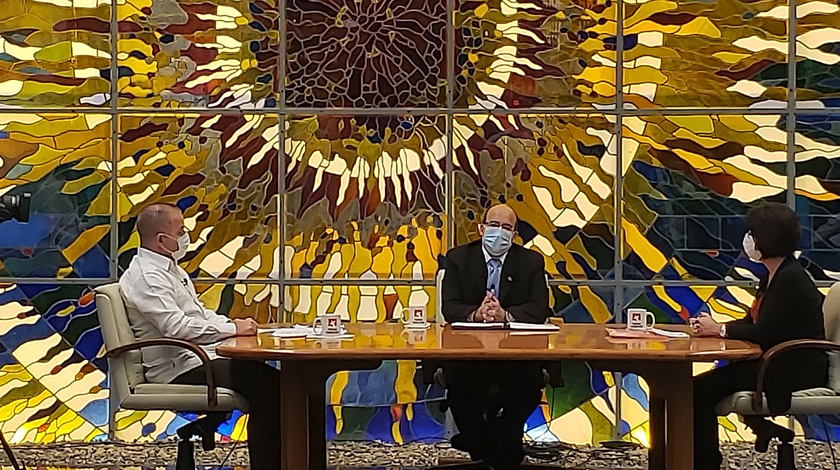 HAVANA, Cuba.- The Ministry of Labor and Social Security implements twenty measures with the aim of protecting the state and self-employed sectors, as well as older adults and people benefited with social assistance, who remain at home in the face of Covid-19 threat.

Minister Marta Elena Feito explained at the Roundtable TV program that administrations have an obligation to comply with these decisions, and also to enhance remote work, which includes teleworking.

Feito added this modality was not something new, but since the previous year it began to be implemented and endorsed in the Labor Code, with positive results, as it increases productivity and reduces mobility and tardiness.

The official said that remote work allows to meet social isolation, and makes it possible to earn one hundred percent of the salary.

The Minister of Labor and Social Security, Marta Elena Feito, pointed out at the Roundtable TV program that older adults and people with some pathology, more vulnerable to getting sick with Covid-19, will receive during the first month of staying at home one hundred percent of the salary, and from the second month, sixty percent.

Feito added that equal treatment applies to mothers or guardians of children in Primary Education, and to those with children in children daily care centers or caregiver houses, who choose not to take them there, even if those centers remain open.

The Minister of Labor and Social Security stated that in the case of workers in sanitary isolation for fourteen days, their wages will not be affected.

On the temporarily suspended workers, the official highlighted that 42 per cent of them are relocated to food production, isolation centers and other activities.

The first Deputy Minister of Finance and Prices, Vladimir Regueiro, explained at the Roundtable TV program how the implementation of the financial measures package before Covid-19 in Cuba is going, a decision that affects the State Budget.

Regueiro meant that this Budget, which allocates 28 per cent to the health sector and social care, provides a guarantee to take measures, even under the conditions of blockade and financial constraints in which it was adopted.

The first Deputy Minister of Finance and Prices emphasized the responsibility for a better resource management, and remarked the Budget is now resizing its priorities to support the extraordinary expenditures the health branch has had in the confrontation with the disease.

In the case of companies, Regueiro highlighted the reduction in the income tax rate as an advantage.

Complying with the Measures

Twenty two per cent of self-employed people adhered to suspensions of license, and this has an impact on local budgets, as they are resources that will not be received, the first Deputy Minister of Finance and Prices pointed out.

The official recalled in the Roundtable TV program the postponement of tax obligations until the end of May, and stated that if necessary an extension would be made, while thanking taxpayers for the use of digital means during March.

Regueiro pointed out regarding the treatment of fines and its management and collection regime that, as the Government established, the offices ceased their activities for that purpose, owing to the situation due to Covid-19.

The official clarified this does not include the timely collection of all the fines that are being imposed on those who fail to comply with the health measures taken.