Construction and Industries in Cuba Maintain Their Vitality

In a context marked by the upsurge in the blockade and the situation Cuba is experiencing before COVID-19, the Ministry of Construction has maintained vitality by giving priority to essential programs. 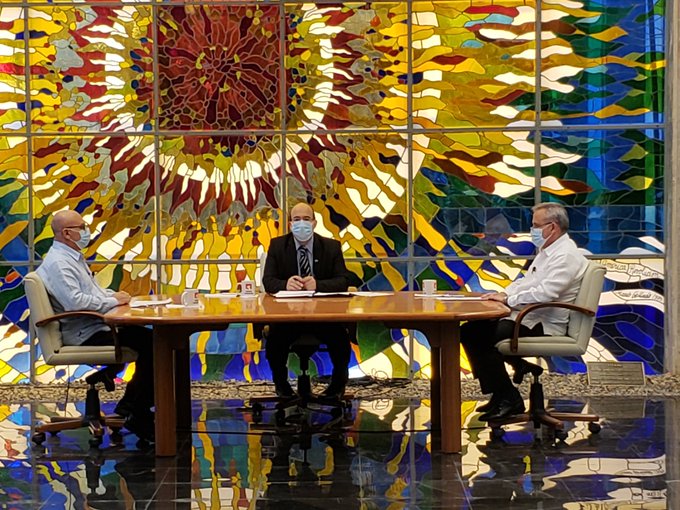 HAVANA, Cuba.- In a context marked by the upsurge in the blockade and the situation Cuba is experiencing before COVID-19, the Ministry of Construction has maintained vitality by giving priority to essential programs.

Minister Rene Mesa highlighted in the Roundtable TV program that discipline has prevailed in the implementation of hygienic measures, and an example of this is that of the more than 93 thousand workers of the system, only ten cases of the disease have been reported, and only four linked to the work of the sector.

Mesa stated that builders were actively involved in the conditioning of isolation centers, and also in 18 hospitals in seven provinces.

The Minister of Construction added in the Roundtable that they have also worked, together with BIOCUBAFARMA, in a plant to produce CIGB 258 Cuban drug.

In the second year of Housing Policy, 13,958 house were completed until the end of last April, representing 34 per cent of the plan of more than 41 thousand, Construction Minister Rene Mesa reported.

The official stated at the Roundtable TV program that the provinces with the best organization of the plans are Artemisa, Mayabeque, Las Tunas, Havana, and Guantanamo.

Mesa emphasized that special attention is paid to demographic policy, and in that sense more than 2,000 mothers with three or more children have benefited this year by 2020.

The Minister added that the rehabilitation program had not stopped either, and more than 7,000 constructive actions had already been made in the year, while prioritizing the effects by climate event impacts, and programs for the eradication of dirt floors and tenements.

The Minister of Industries, Eloy Alvarez, explained at the Roundtable TV program how companies ensure vital productions for the country amid COVID-19 pandemic.

Alvarez fundamentally highlighted the productive chaining for the assurance of vital products for the population, through a system of joint work of several institutions.

The Minister of Industries further emphasized that since the beginning of the disease in Cuba, the industry takes measures to ensure the protection of its workers, starting with the increase of epidemiological surveillance.

The official pointed out that the Cuban business system has managed to secure products of first need in the country for the confrontation with COVID-19, starting with the completion of a daily check to respond to difficulties and priorities.

Industries Minister Eloy Alvarez highlighted the response of institutions to the country’s priorities, and referred to the Chemical Industry, whose oxygen plants ensure the demand in hospitals and in drug production centers.

Alvarez highlighted in the Roundtable the actions of the Light Industry which has managed to stabilize the production of toilet supplies, such as toothpaste and soap, and has given the health system more than 2 million nasobucos.

The Minister of Industries also explained the contribution of the Electronics Industry in the repair of boilers and fans for hospitals, as well as the sideromechanical industry in the maintenance of ambulances.

Alvarez noted that strengthening links with universities, creating production chains, and designing strategies for the post-COVID-19 stage remain as priorities.