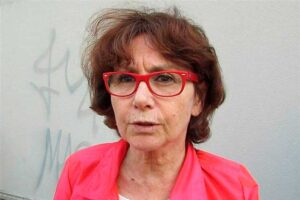 Paris, France.- French Senator Laurence Cohen on Tuesday demanded the lifting of the US economic, commercial and financial blockade against Cuba, a policy she described as infamous.

In declarations to Prensa Latina, the communist parliamentarian of the Val-de-Marne region, acknowledged Cuba’s resistance in the face of a siege with more than six decades of implementation, and tightened in recent years.

Cohen defended the right of the Cubans and of everyone in the world to freely choose the political and socioeconomic system they decide.

I want to take advantage of this message to ratify our support for a people such as the Cuban people, whose resistance and solidarity with others who need it we recognize, the communist senator said.