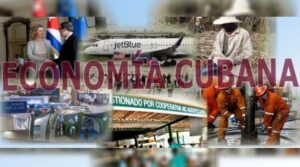 Havana, Cuba.- The creation of new economic players with non-state forms of manegement progresses in Cuba with the approval today of 99 new applications, according to a note of the Ministry of Economy and Planning.

The new organizations authorized include 97 private micro, small and medium-sized enterprises (MSMEs), one state-owned enterprise and one non-agricultural cooperative.

With this decision, a total of 1, 471 economic players have been approved since the process began an the end of September of last year, including 1, 423 private MSMEs, 27 state-owned and 21 cooperative.

In total, it is estimated that these new forms of productive and service management will generate 23, 277 new job vacancies in the economy.

Since December 20th, 2021, when the legal norms that support this process came into effect, MSMEs have been growing as entities adjusted to the characteristics of the Cuban economy with tax and legal differences which coincide with self-employment (private) and non-agricultural cooperatives.