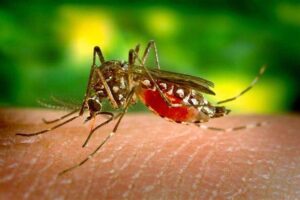 Havana, Cuba.- Cuba is making progress in the development of a nuclear method to reduce populations of Aedes aegypti mosquitoes, which transmit diseases such as dengue fever and Zika, it was reported.

Using a technique that consists of releasing sterilized male insects, Cuban scientists performed a pilot test between April and August 2020 that covered an area of 50 hectares in a neighborhood in the Havana southwest neighborhood of El Cano, according to Granma newspaper.

In that area, says the article, which quotes the website of the International Atomic Energy Agency (IAEA), the number of mosquitoes of that species was reduced by up to 90 percent last year.

The first reports indicated that cases of diseases transmitted by this vector were completely eliminated in the last two months of the trial.

As part of the study, more than one million male mosquitoes sterilized with gamma or X rays were released in 21 weeks, so they do not produce offspring, but retain their condition of being sexually competitive.

The newspaper noted that the research is part of a cooperation project with the IAEA, named Demonstration of the feasibility of the sterile insect technique for the control of vectors and pests in Cuba, and also involves the United Nations Food and Agriculture Organization (FAO).