We Will Never Betray the Glory of Serving the Revolution

“Before our people, before the memory of our heroic dead, we ratify we will never betray the glory of having serve to the Fatherland and the Revolution under the ideas and conduction of Fidel and Raul,” Jose Ramon Machado Ventura said 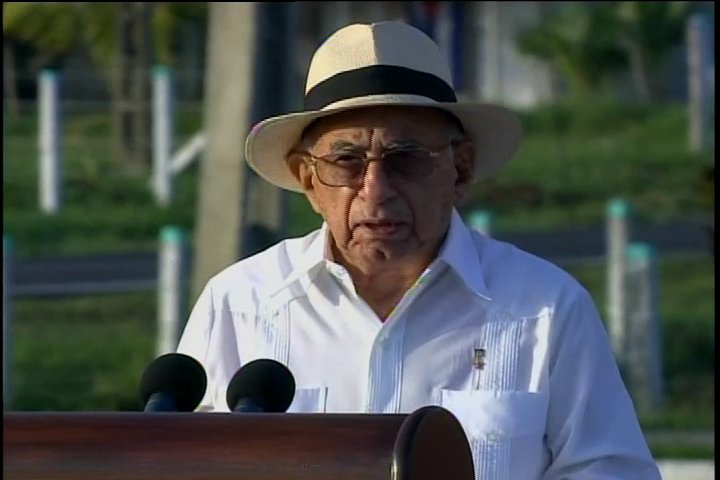 HAVANA, Cuba. – “Before our people, before the memory of our heroic dead, we ratify we will never betray the glory of having serve to the Fatherland and the Revolution under the ideas and conduction of Fidel and Raul,” Jose Ramon Machado Ventura said.

On the anniversary of July 26, presided over by Army General Raul Castro, the second Secretary of the Party added the date arouses particular emotion, feelings and ideas, where the pride of being children of this people adds to the eternal commitment to Fidel.

“This is the first time we celebrate an anniversary of the attacks without the physical presence of the Commander-in-Chief, and his image, work and example has not ceased to be present,” Machado Ventura pointed out.

He asserted, “Together with our heroic people we are willing to be consistent with the concept of Revolution Fidel bequeathed us”.

From Cinderella to Princess

Machado Ventura listed several economic and social data corroborating the leap forward in the development of Pinar del Río, venue of the central act by July 26 and converted today into a true princess.

“For that reason and other reasons the political Bureau decided to grant the seat to the province,” the second Secretary of the Party stressed, who congratulated the people and in particular First Secretary Gladys Martinez, and the president of the People’s Power, Ernesto Barreto.

Machado Ventura remarked that as Raul has repeatedly directed, economy is he essential task of the country, because it is the basis sustaining all the Revolution´s conquests.

He recalled that the Revolution´s path is plotted and we have programmatic documents tracing the course and depth of the changes that seek a prosperous and sustainable Socialism.

“In recent weeks, interventionist and destabilizing actions have increased against the Bolivarian Government headed by President Nicolas Maduro, whom we reiterate our invariable solidarity,” Machado Ventura said.

In the act of 26, presided by Raul Castro, the second Secretary of the Party denounced that the unconventional war that the civic-military Union resists adds to the recent threat of the US government to impose unilateral sanctions and at the same time the Secretary General of the OAS continues his despicable action in the service of imperialism.

Machado Ventura rejected the insinuations by an influential American daily that speculated on the alleged Cuban involvement in an eventual international mediation on Venezuela.

“Those who give lessons on democracy and human rights should take their hands off Venezuela,” he underlined.