Foreign Ministers of Cuba and Venezuela Meet in New York

The Cuban Foreign Minister, Bruno Rodriguez Parrilla and Jorge Arreaza Monserrat, Minister of the People’s Power of Foreign Affairs of Venezuela, held a fraternal meeting this Monday in New York. 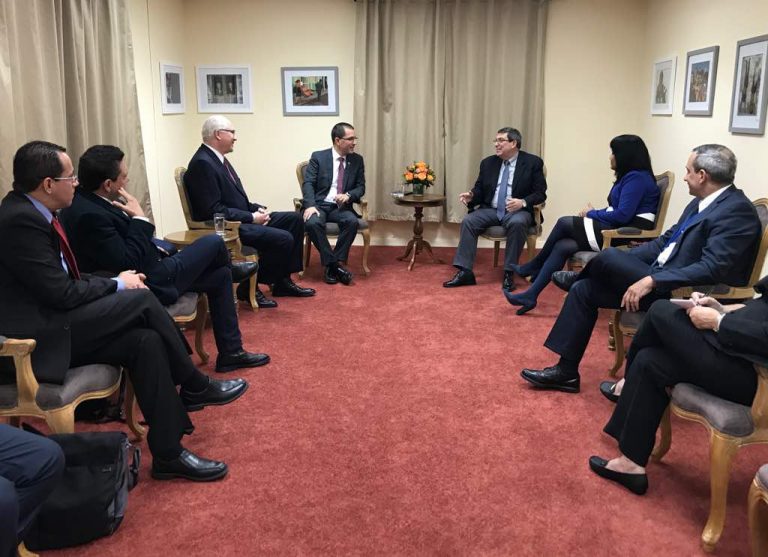 Foreign ministers of Cuba and Venezuela meet in New York.

During the fruitful exchange, they addressed issues of mutual interest on the regional and international agenda and discussed the upcoming vote in the UN General Assembly of the resolution condemning the economic, commercial and financial blockade of the United States against Cuba.

Anayansi Rodriguez, Permanent Representative of Cuba to the United Nations, and Rodolfo Reyes, director of Multilateral Affairs and International Law of the Ministry of Foreign Relations, accompanied the Cuban Foreign Minister.

For the Venezuelan side they were present the vice-chancellors Manuel Moncada and Rodolfo Sanz, and Rafael Ramirez, Permanent Representative of Venezuela to the United Nations.