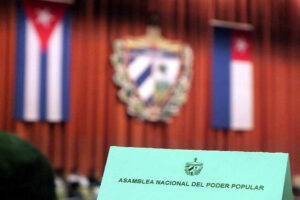 Havana, Cuba.- Cuba’s National Assembly of People’s Power (Parliament) on Tuesday takes up the documents approved during the 8th Congress of the Communist Party (PCC), held in April this year.

The legislators, gathered virtually, analyze today the updating for the 2021-2026 period of the Guidelines of the economic and social policy of the Party and the Revolution, as well as the Conceptualization of the socioeconomic model of socialist development.

The opening to new economic actors, included the private sector, non-agricultural cooperatives, and micro, small and medium enterprises, are part of the decisions adopted in line with these policies.

The parliamentarians will also address other issues in their permanent working commissions, among them the drafting of the opinions of the four bills that will be submitted for approval during the 7th regular session to be held on October 27 and 28.

As part of the agenda prior to such meeting, the legislators debated on Monday about the modifications made to the bills on Courts of Justice, Administrative Processes, Code of Processes and Criminal Processes.

Cuban Parliament President Esteban Lazo described the study session as fruitful, and ratified the importance of the regulations for the improvement of the Caribbean nation’s judicial system.