Cubans in Japan express solidarity in relation to fire in Matanzas

Cubans in Japan express solidarity in relation to fire in Matanzas 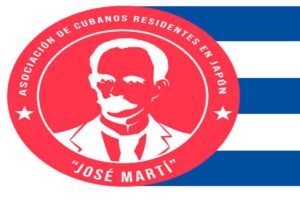 Tokyo, Japan.- The “José Martí” Association of Cuban Residing in Japan sent a message of solidarity to the people of Cuba related to the large-scale fire at the Supertanker Base in the industrial zone of the province of Matanzas.

Cubans established in Japan expressed their sorrow for the death of one of the firefighters on the line of duty, and forwarded their condolences to the family and friends of the victim. They also hoped that those missing are found soon and alive.

“A message of encouragement to all those who continue to fight to control the incident. United we will all get ahead. Count on us!”, they wrote.

The fire broke out around 7:00 p.m. local time last Friday, when lightning struck one of the facility’s crude tanks.

Members of the fire department, the Ministry of the Interior and the Revolutionary Armed Forces are working hard to control the fire in the compromised tanks, while evacuating the diesel stored in neighboring tanks.

Specialists sent from Mexico and Venezuela in response to the request for international aid made by the Cuban government are also participating in the containment efforts.

To date, the Cuban authorities have reported at least one death, more than a hundred injured and 17 missing firefighters.

Etiquetas: Cubans in Japan express solidarity in relation to fire in Matanzas