Cuban Chancellor Bruno Rodriguez Parrilla denounced in a press conference in Havana that the American Permanent Mission to the United Nations, circulated yesterday eight amendments to the resolution condemning the blockade. 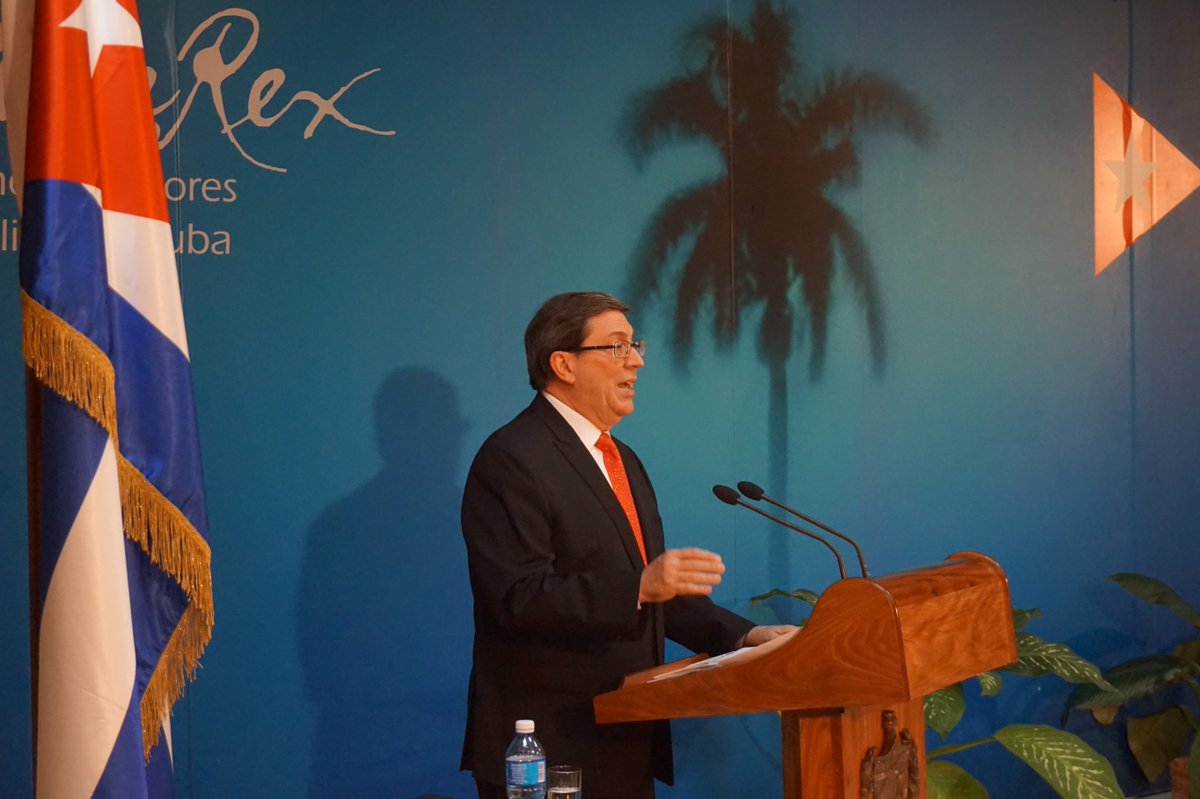 HAVANA, Cuba. – Cuban Chancellor Bruno Rodriguez Parrilla denounced in a press conference in Havana that the American Permanent Mission to the United Nations, circulated yesterday eight amendments to the resolution condemning the blockade.

The head of Cuban diplomacy pointed out that the U.S. Government too often attacks the UN and hinders the implementation of its mandates.

The blockade is a behavior without support within the American community or in the world, it is a violation against the rights of the Cubans, the Chancellor of the island remarked.

Bruno Rodriguez described the new action of Washington as defamatory to justify the siege imposed on Cuba, and said the Revolutionary Government has reiterated to the United States the willingness to discuss any issue, including human rights.

Chancellor Bruno Rodriguez said the order to withdraw the Cuban diplomatic personnel in September 2017 it is an ascent in the rhetoric and the aggressive actions of the United States, as well as the announcement of the American Embassy in Havana about not to guarantee the service to Cubans.

The Chancellor said that on two other occasions the American Vice-President referred to Cuba in a disrespectful and aggressive manner, in the OAS and at the Annual International Conference, which addresses the Hispanic relationship in the United States.

Also in September, Rodriguez Parrilla said, the U.S. Ambassador to the OAS stated they should be hard on Cuba because they are all the same, in allusion to other brother countries in the region.

America Is the Least Moral Country

Chancellor Bruno Rodriguez denounced to the press that the United States’ attacks on Cuba at UN meetings are a clear violation of this international body’s charter.

He reiterated that the Cuban delegation will exercise its rights at UN meetings linked to Cuba, and that the United States is the least moral country to accuse others in human rights, if it is known that it has tortured minors at the naval base it illegally occupies in Guantanamo.

Rodriguez Parrilla highlighted it would be interesting for the US Government to agree to a debate in the General Assembly, and pointed out that Washington´s amendments would provoke laughter if they were not a politically serious fact.

It is necessary to be a shameless country with a sustained pattern of discrimination, to dare to write a phrase offending the intelligence of the members of the UN, the Cuban Chancellor asserted to the press in Havana.