Crusade against Cuba and its Revolution condemned in France

Crusade against Cuba and its Revolution condemned in France 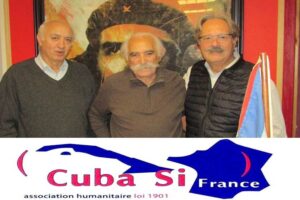 Paris, Cuba.- The Cuba Si France solidarity association on Monday repudiated the campaign promoted and financed by the United States to subvert the constitutional order in the island and destroy its Revolution, a crusade against which it ratified its solidarity.

In a statement published on social media, the association, with more than 30 years accompanying Cuba, reiterated its condemnation to the economic, commercial and financial blockade imposed by Washington for six decades, a policy guided by the interest in regime change.

We strongly denounce and condemn the six-decade-old genocidal blockade by the US Government and all attempts to destroy the profoundly humanist work of a sovereign and independent people, Cuba Si France stressed.

The association expressed its rejection for the protests convened in Cuba for November by salaried counterrevolutionaries, which it described as ‘violent maneuvers and provocations organized from abroad, with the intention of preparing a humanitarian intervention by the US army.’

According to Cuba Si France, this is a serious threat, considering the background of destabilizing actions and regime change orchestrated by Washington against Venezuela, Bolivia and other countries.

Etiquetas: Crusade against Cuba and its Revolution condemned in France