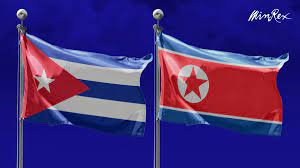 Pyongyang, DPRK.- The Democratic People’s Republic of Korea sent a message of congratulations to the Cuban Government, on the occasion of the 63rd anniversary of the triumph of the Revolution on the Caribbean island, the Foreign Ministry reported here today.

In his letter, the holder of that portfolio, Ri Son Gwon, also sent greetings to his Cuban counterpart, Bruno Rodríguez, for the advent of the new year.

I send cordial greetings, pleased that the Cuban people have crowned 2021 as a year of victory, frustrating the dirty attempt by the anti-revolutionary forces to overthrow the socialist system, the note said.

Ri also expressed the conviction that the ties and collaboration between the two countries will continue to function well.

Furthermore, he wished for greater success in the work of Cuban diplomacy.