Cuba thanks support from Colombian legislators

United Nations, United Nations.- Cuban Foreign Minister Bruno Rodríguez Parrilla on Wednesday thanked support by more than 80 Colombian congressmen for removing Cuba from the list of nations sponsoring terrorism drawn up by the United States. On his Twitter account, the Cuban foreign minister expressed: “Deep gratitude to more than 80 Colombian congressmen for this […] 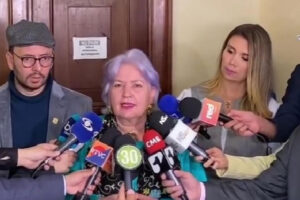 On his Twitter account, the Cuban foreign minister expressed: “Deep gratitude to more than 80 Colombian congressmen for this initiative, requesting that Cuba is removed from the list of state sponsors of terrorism by the US Government, where it should never have been.”

On Tuesday, the group of Colombian legislators requested the US Congress´ authorities to remove Cuba from the aforementioned list, as well as to eliminate the economic, commercial and financial blockade against the island.

According to what Historical Pact Senator Gloria Flórez published on her Twitter account, the legislators will file a letter with that objective to US Vice President and president of the Senate Kamala Harris, House of Representatives Speaker Nancy Pelosi, and United Nations General Assembly President Csaba K?rösi.

The letter points out that one of the pillars of President Gustavo Petro’s Government is to strengthen the total peace for Colombia, and expresses concern that “a country that has been a guarantor of the peace agreements in Colombia for years has been called a country sponsor of terrorism by the United States Government.”