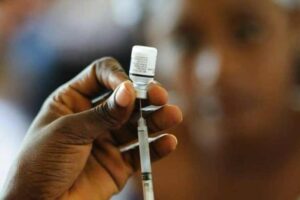 The vaccine vials are ready, and specific vaccination centers are being prepared for the process during this week, Maria Elena Soto, head of Primary Health Care at the Ministry of Public Health (MINSAP), said on television. First, it will be administered to children and then to adults, she said.

Cuba is currently carrying out a mass immunization campaign against Covid-19 among children and adults with three vaccines produced in the country. It has been sped up to vaccinate the population before the end of 2021.

Health authorities have reiterated that everyone will be vaccinated, except for children under 2 years of age.

Patients who recovered from Covid-19 will have to wait two months before receiving a dose of Soberana Plus, developed by the Finlay Vaccines Institute (IFV) for those who suffered from the disease. It will be administered to children after being approved by the local regulatory institution, she said.

According to MINSAP statistics, 4,507,757 people (40.2 percent of the population) have completed the three-dose vaccination scheme.

In a population of a little over 11 million inhabitants, 8,200,250 people (73.2 percent) have received the first shot, while 5.4 million people were administered the second dose of the vaccine; that is, 48.3 percent of the Cuban population.