Seminar on communities in US concludes at Casa de las Americas

Seminar on communities in US concludes at Casa de las Americas 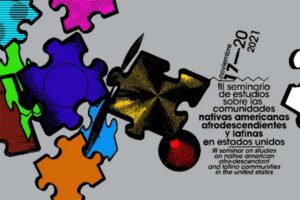 Havana, Cuba.- The 3rd Seminar on Studies on Native American, Afro-descendant and Latino Communities in the United States, whose realities and challenges currently concern scholars in the region, concluded at Casa de las Americas.

After 40 years of its first meeting, the event became a point of analysis to discuss these populations and their struggles for respect and social inclusion in the United States where, demographically, they are gaining visibility but the economic and political gap is widening by day.

On the final day, Alexandro Hernandez, assistant professor of Chicana and Chicano Studies at California State University, and Jose Barreiro, a senior fellow at the Smithsonian’s National Museum of the American Indian, offered guidelines on the Day of the Dead celebrations in Los Angeles and the Vindication of Living Cultures from Museology, respectively.

Another notable summary of the difficulties and responses to the pandemic in that city’s mariachi community was presented by Ecuadorian Associate Professor Jessie M. Vallejo, while Guatemalan writer and poet Ilka Oliva addressed the vicissitudes of the undocumented Latino population, without labor and human rights.

From digital platforms, the Seminar brought together more than 50 creators, sociologists, activists and experts from several countries, mainly from the United States and Puerto Rico to discuss, examine and appropriate the feelings of the so-called “minority” communities, whose realities are becoming more complex every day in the country of the so-called “American dream.”

Etiquetas: Seminar on communities in US concludes at Casa de las Americas