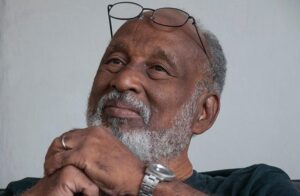 Havana, Cuba.- Cuban President Miguel Diaz-Canel mourned the death of prominent intellectual Esteban Morales, which occurred on Wednesday in the Colombian city of Medellin, due to a heart attack.

“The surprise death of Esteban Morales hurts. We will miss his intelligent, incisive and committed assessment of the problems of our time,” the president tweeted.

He also extended his condolences to family, friends and Cuban intellectuals, whom Esteban Morales honored with his work.

The president thus joined the many declarations of intellectuals, institutions and people in general for the loss at 79 years of age of the renowned political scientist and essayist.

Esteban Morales was a member of the Union of Writers and Artists of Cuba and of the José Antonio Aponte Commission, within which he developed an intense work, and bequeathed an important essay, especially on the ties between Cuba and the United States.

Among the most significant titles in this area are “United States-Cuban Relations: A Critical History,” and “From Confrontation to Attempst at Normalization: United States Policy towards Cuba,” the latter in collaboration with essayist Elier Ramirez.

One of his books with the greatest impact was “Challenges of the Racial Question in Cuba,” published in 2007 by the Fernando Ortiz Foundation.