Wide rejection in Portugal to US blockade against Cuba

Wide rejection in Portugal to US blockade against Cuba 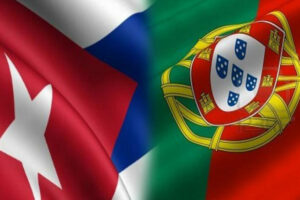 The financial, commercial and economic blockade is since over 60 years ago an unacceptable and unilateral act of extraterritorial character violating UN Chart, international law, and is intended to undermine sovereignty and Cuban people´s rights, sentenced the text.

Such policy is an instrument for aggression meant to keep that country from freely going the way they chose, adds the document signed by Cuba- Portugal Friendship Association, the Portuguese Council for Peace and Cooperation, and Primary School Students Association from the Iberian nation.

The document calls the US economic pressure against the Caribbean island a ¨criminal policy hardened by Trump´s Administration and maintained by nowadays Biden´s government¨.

UN General Assembly will vote next June 23 the ¨Need to put an end to the US financial, commercial and economic blockade against Cuba¨ resolution, which year after year proves the international isolation of US´ stance.

Etiquetas: Wide rejection in Portugal to US blockade against Cuba