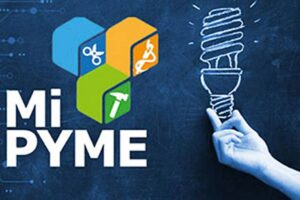 Havana city, Cuba.- A new call to create micro, small and medium enterprises and non-agricultural cooperatives dedicated to the production of manufacturing and computer services in Cuba was opened by the Ministry of Economy and Planning (MEP) .

A note from that portfolio, referring to the Economic Actors Channel, platform designed by the MEP as the main way to carry out, from anywhere in the country and online, the applications to enter procedures related to these organizations.

According to the information, the scope of manufacturing productions includes the transformation of materials, substances or components into new products, which can be from agriculture, livestock, forestry, fishing, as well as other manufacturing tasks.

He adds that it also involves the use of machinery in factories or plants and also manual transformation at home.

For micro, small and medium-sized enterprises (MSMEs) that can be formed from this second call, the National Classifier of Economic Activities will be taken into account, which includes the manufacture of textile products, the manufacture of machinery and other equipment, like all kinds of building materials and food manufacturing production.

In addition, the note refers, the possibility of submitting applications for the activities of the first call remains open: food production, exporters, local development projects, businesses in science and technology parks as well as high technology-based businesses, circular economy and recycling.

The MEP specified in its Channel of Economic Actors, that the archived applications are part of the new call and are automatically activated to be processed together with those received as of this moment.

On September 29, they announced the first 35 MSMEs approved by the competent authorities, of which 32 are private and three are state-owned.

Until this October 3, 93.5 percent of those interested opt for private MSMEs, 4.5% for non-agricultural cooperatives and the remaining two percent presented for state MSMEs. Due to their size, micro-enterprises represent 38 percent, small companies 29 and medium-sized companies 32 percent.

The MEP reported in the most recent meeting of the Council of Ministers the details of these new forms of management, where it was expressed that the majority will be dedicated to food production, manufacturing and recycling, and are located in 11 of the 15 provinces of the country, as an expression of a path that has just begun that will not stop.