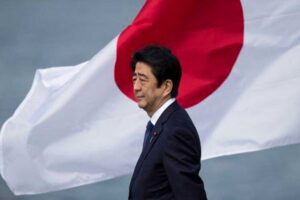 Havana, Cuba.- Cuba has decreed official mourning on Monday for the assassination of former Japanese Prime Minister Shinzo Abe, who during his years in office fostered ties between the two countries.

The mourning is in force this Monday from 06:00 to 24:00 hours, local time, during which the national flag is hoisted half mast in public buildings and military institutions.

As Granma newspaper recalls, Abe was the first Japanese head of Government that visited Cuba in 2016, at which time he had fruitful talks with Army General Raul Castro.

He always maintained a position of respect and consideration towards the island, and during his administration, the relations of friendship and cooperation between the two countries were strengthened, the note added.

The former prime minister died on Friday at the age of 67 after being shot while he delivered an electoral speech.

Cuban President Miguel Diaz-Canel lamented Abe’s death and condemned the attack on behalf of his people.

Gathoga W. Chege is Kenya’s second head of mission on the island since Nairobi opened its embassy in 2016, the African country’s first in the Caribbean and Central America.

From Havana, Chege will be concurrent ambassador to all member countries of the Caribbean Community, as well as Colombia, Ecuador, Panama, Dominican Republic and Venezuela where he plans to present credentials in the coming weeks.

“The Kenyan government is very interested in solidifying relations with these countries,” said the diplomat who said that in its current foreign policy Nairobi sees the peoples of the Caribbean as the African diaspora with which it wishes to increasingly strengthen ties.