The Cuban sports movement hope to have 350 athletes classified for the Central American and Caribbean Games in Barranquilla, Colombia. 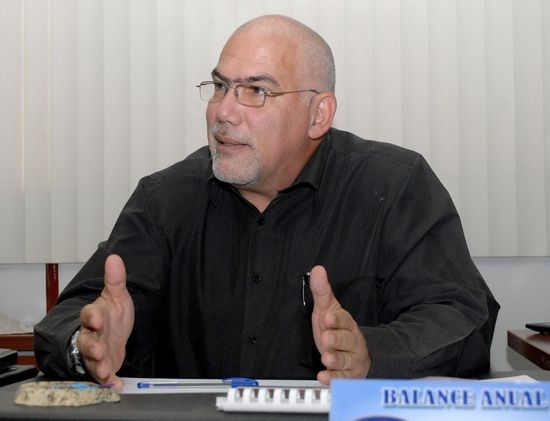 Becali underlined they are recovering a good number of sports facilities.

HAVANA, Cuba. – The Cuban sports movement hope to have 350 athletes classified for the Central American and Caribbean Games in Barranquilla, Colombia.

Thus Antonio Becali, president of the National Institute of Sports, Physical Education and Recreation (INDER) said and added that the current athletic calendar contains competitions providing tickets for the regional appointment, as well as world championships that measure our development.

Becali also underlined they are recovering a good number of sports facilities, some of them inaugurated by Commander-in-Chief Fidel Castro when Cuba hosted the Havana 1991 Pan American Games,.

Without Haste, but without Slowness

A second group of sports facilities will be recovered by the end of this year, all of them strategic for the Cuban sports, the President of INDER said.

Among them there are those dedicated to rowing and canoeing, Reinaldo Paseiro Velodrome, and the National Hockey School. The Pan-American Stadium will have a modern track, donated by the Pan American Sports Organization.

Becali asserted that with the budget allocated for next year they will work on the revitalization and rescue of other important works for the development of the Cuban sports movement.