Cuba calls the US to comply with migratory agreements

Cuba calls the US to comply with migratory agreements 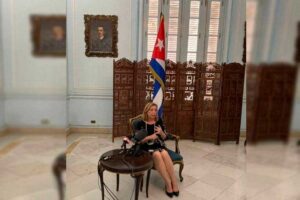 Havana city, Cuba.- Josefina Vidal, Cuba´s Vice-Minister of Foreign Affairs called the US to comply with bilateral migratory agreements, according to press reports.

The Vice-Minister stressed these agrememts´ importance, signed in the 1990s, since when they are not complied with, migratory peaks are generated, increaseed by the strengthening of the coercive measures and obstacles to consular services.

Vidal told foreign press that in order to face this situation the US supports the economies and social systems of the region, but in Cuba´s case it imposes maximum pressure in the economic order.

It is an incoherent and differentiated policy towards the island, the official said.

Referring to the visa obstacles for those who wish to travel to the United States, the diplomat pointed out that her country does not see any kind of justification for not granting all visas to Cuban emigrants in Havana and forcing the majority of Cubans to travel with the costs that this implies.

The Vice-Minister reiterated that together with the consular paralyzation, the United States has not been complying for five years with the agreement of the 90’s by which it is obliged to grant at least 20,000 visas annually.

Etiquetas: Cuba calls the US to comply with migratory agreements