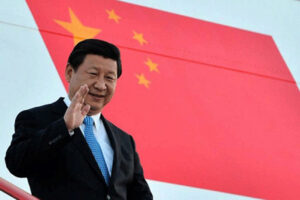 Beijing, China.- China’s President Xi Jinping on Tuesday expressed willingness to work with his Cuban counterpart, Miguel Diaz-Canel, to strengthen the political foundations of the bilateral relations, deepen cooperation and further develop the socialist cause.

Xi, who is also General Secretary of the Central Committee of the Communist Party of China (CPCh), advocated for taking the traditional friendship to higher levels, after highlighting the consensus reached before with the Cuban president in favor of mutual ties.

Xi wished Diaz-Canel many successes in the new role as First Secretary of the Central Committee of the Communist Party of Cuba (PCC), and expressed confidence that under his leadership, the political organization and the Government will guide the people in the defense of the national unity and get new achievements from socialism.

Xi praised the holding of the 8th Congress of the PCC and considered that Diaz-Canel’s election is a reflection of the trust and expectations not only of that organization, but also all Cuban citizens.

With his letter, Xi Jinping joined other prominent figures across the world who greeted Diaz-Canel after learning of his election as head of the PCC.

On Thursday, the CPCh conveyed congratulations to the celebration of the 8th Congress of the PCC, highlighted that the organization led the Cuban people in attaining important achievements in the economic development, improvement of livelihoods and the fight against the Covid-19 pandemic.