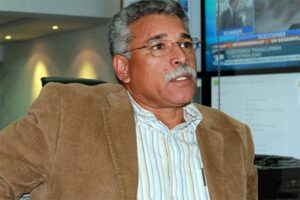 Caracas, venezuela.- Angel Rodriguez, president of the Latin American and Caribbean Parliament (Parlatino) in Venezuela, has reiterated the rejection against the coercive measures of the United States and the subversive actions to destabilize the Cuban Government.

In exclusive statements to Prensa Latina, the parliamentarian assured that the US blockade against Cuba, Nicaragua and his own country is inhumane and illegal.

Rodriguez recalled that last year, the organization he represents, pronounced itself against those punitive actions, whose purpose is to suffocate those peoples, destabilize them and promote a change in government.

“Publicly and unanimously, the Venezuelan Parlatino has stated that it does not agree that aggression and we will keep on that same line”, he stressed.

He considered that the actions in rejection to the blockade promoted within that regional organization could make a difference at some point, by demonstrating that this coercive policy becomes obsolete.