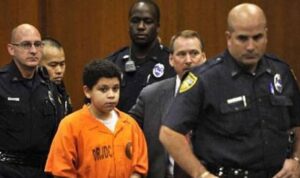 Havana, Cuba.- Cuban President Miguel Diaz-Canel on Wednesday slammed the US government’s double standard for blocking Cuba and insisting on libeling its government and people.

On Twitter, the president wrote “the empire’s double standards know no bounds,” alluding to Washington’s efforts to accuse Cuba of alleged violations of children’s human rights whereas there are flagrant violations in the United States.

In this regard, Diaz-Canel describes as “alarming” the report entitled “The State of America’s Children 2021,” published by the Children’s Defense Fund, a non-profit organization that defends children, which is based in Washington and has offices in California, Minnesota, Mississippi, New York, Ohio, South Carolina and Texas.

That report indicated that American children continue to be criminalized at an alarming pace and disparities persist.

It points out that mainly poor, color, disabled, mentally disabled and substance-abusing children as well as those subject to abuse and/or violence or from LGBTQ communities are expelled from their schools and homes into youth or adult criminal justice systems.

According to this report, over 696,000 minors were arrested in the United States in 2019, and 653 were taken to prisons for adults in a single night of that year.

Moreover, the United States is the only country in the world where a minor can be sentenced to life imprisonment.