France is asked to promote actions against blockade of Cuba

France is asked to promote actions against blockade of Cuba 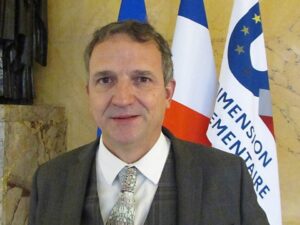 Paris, France.- The Congressman François-Michel Lambert urged the French government today to increase from its rotating presidency of the Council of the European Union (EU) the preassure against the American blockade imposed on Cuba, a policy he condemned.

Speaking to Prensa Latina, the ecologist parliamentarian considered that the blockade not only affects the island´s inhabitants and provokes them severe difficulties, but also the economic, commercial and financial blockade of Washington hits the European interests with its extraterritorial scope.

A report by my colleague Raphael Gauvain estimates that France alone lost 30 billion euros as a consequence of extraterritorial sanctions applied by the United States to other countries, that is why we need to take actions, he stressed regarding to the presidency of the EU Council assumed by Paris on January 1st for a period of six months.

For Lambert, there is an urgent need for effective protection of the interests of European companies and citizens with regard to issues such as the blockade against Cuba.

It is unacceptable for the EU to continue to show submission to the United States, which with its policy causes losses through the imposition of fines and the business that ceases to be carried out, he warned.

The president of the France-Cuba Friendship Group of the National Assembly insisted that the current Covid-19 pandemic ratifies the need to reject and stop the blockade imposed on the largest of the Antilles for six decades.

The island, he said, produces its own vaccines to deal with Covid-19, but lacks the resources to do so on a larger scale for the benefit of the international community, due to the US policy.

Therefore, France and the EU should assume that the blockade against Cuba is also a blockade against humanity, because here we are not dealing with a disease that affects some nations, it affects us all, and it is urgent to take advantage of the available capacities to put an end to it, he said in his statements to Prensa Latina.

Etiquetas: France is asked to promote actions against blockade of Cuba