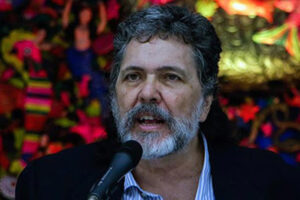 Holguín, Cuba.- The Ibero-American Congress of Thought will begin today in this city in eastern Cuba with the conference ‘Cultural war, decolonization and resistance’ by president of the ‘Casa de las Americas'(House of the Americas)institution, Abel Prieto.

Virtual access to the meeting will be possible from ‘Casa de Iberoamérica’ official profile on Facebook, Telegram and Youtube, where spaces for participation will be enabled also for dialogue about experiences and proposals to face the Covid-19 pandemic.

The congress is part of the program of the ‘Fiesta de la Cultura Iberoamericana'(Ibero-American Culture Festival), which dedicates its 27th edition to the peoples and the art of resistance, theme also extending as a central topic to the scientific event.

Bárbara Martínez, member of the Organizing Committee, explained that the 16th edition of the event will only take place during this day, in which the participation of more than a hundred researchers, artists and intellectuals from Latin America is expected.

Other special addresses will be those of Alejandro Hartmann and José Barreiro, historian of the city of Baracoa and anthropologist of the Smithsonian Institution of the United States, respectively, on the Cuban aboriginal population and their descendants.

The Congress emerged in 2004 as a space for theoretical and scientific debate, sponsored by the ‘Casa de Iberoamérica’ Institution and the Casa de Altos Estudios (Center for Higher Studies) Fernando Ortiz.