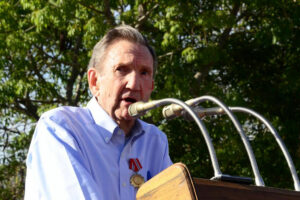 On his Twitter account, the president noted that the US jurist accompanied Cuba in crucial battles and was a critic of major injustices committed by his country in the world.

Ramsey Clark died in New York on Friday at the age of 93. He supported Cuba’s demands for the return of Elian Gonzalez (1999-2000) and the release of five antiterrorist fighters held in US prisons (1998-2014).