The President of the Republic of Cuba, Miguel Diaz-Canel, and his accompanying delegation attended this  Wednesday the inauguration of the elected President of Argentina, Alberto Fernandez, and Vice-President Cristina Fernandez. 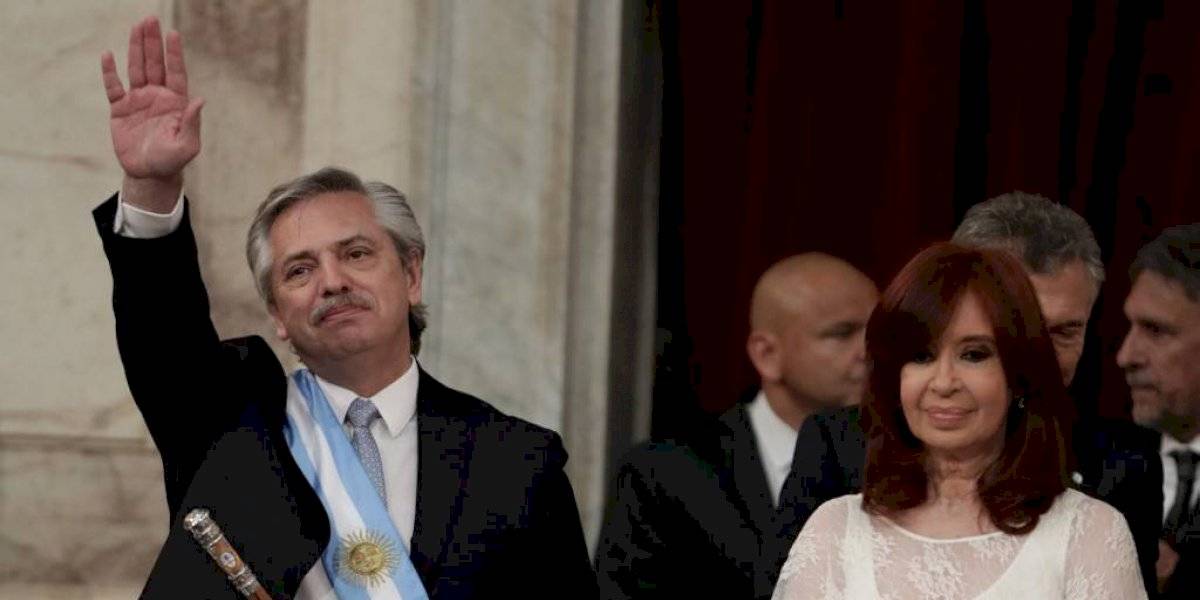 BUENOS AIRES, Argentina.- The President of the Republic of Cuba, Miguel Diaz-Canel, and his accompanying delegation attended this  Wednesday the inauguration of the elected President of Argentina, Alberto Fernandez, and Vice-President Cristina Fernandez.

The Cuban Presidency’s Twitter account states that at the beginning of a new stage of democracy and hope, Argentina welcomes its new President and Cuba is present on this historic day for the Great Homeland.

On the same social network itself, the head of the Cuban Chancellery, Bruno Rodriguez Parrilla, stated that the brother people and Argentine government have our full support.

The Cuban delegation’s visit to the presidential transfer has been welcomed sympathetically by numerous friends, entrepreneurs, intellectuals and artists with which the Cuban President held emotional meetings where he reaffirmed unity between the two nations.

We All are the Homeland

As part of his agenda, the President of Cuba, Miguel Diaz-Canel attended a meeting in Buenos Aires with members of the community of Cubans residing in Argentina, a dialogue that is usual in all the trips of the Head of State.

Diaz-Canel shared with them the certainty of the continuous and irreversible strengthening of links between the island and Cubans residing abroad, an interest that has accompanied successive updates of our migration policy.

The Cuban President also commented on the annual increase of Cubans traveling to other countries and returning to the island; and remarked how many compatriots living permanently abroad request to regain their residence in the Cuban territory.

Diaz-Canel also highlighted the successful program of fellows for the Cuban community in other countries, through which their children also benefit and which has graduated 61 students to date.

During Diaz-Canel’s dialogue with the Cuban community residing in Argentina, he announced that from April 8 to 10, 2020, the Fourth Nation and Emigration Conference will take place in Havana.

In this way we will be taking a new step forward in order to continue strengthening the ties between Cuba and you, the Cuban President said while ratifying the continuity in the commitment of our compatriots abroad to the defense of the principles of the Homeland.

When it was the turn to speak of Cubans residing in Argentina, the raised hands overcame inhibition and very touching moments occurred.

In a meeting full of patriotism, Cuban President Miguel Diaz-Canel met, at the end of the day, with the state mission working in Argentina, which he congratulated on its hard work.