Esteban Lazo, President of the National Assembly of People´s Power, received this Thursday at the Capitol of Havana Seif Ali Iddi, second Vice-President of Zanzibar, Tanzania. 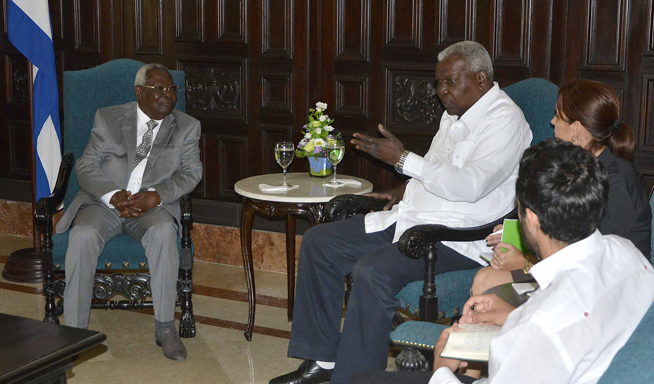 During the meeting, Lazo talked with the visitor about issues related to parliamentary work and the new Constitution of the Republic of Cuba, ratified by a large majority in the referendum of last February 24.

The Vice-President of Tanzania sent a greeting to the Cuban people for the massive participation and peaceful environment that characterized the referendum process, while thanking Lazo for the solidarity shown and the assistance Cuba has given to his country. He pointed out the possibility of training health professionals in Cuban universities.

Seif Ali Iddi ratified that his country will continue to support the island on the international stage, in the fight against the blockade.