President Diaz-Canel: Cuba will resist the US economic blockade

President Diaz-Canel: Cuba will resist the US economic blockade 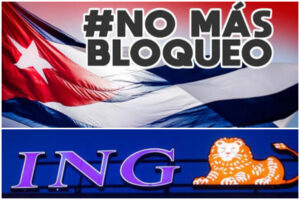 Havana, Cuba.- The President of Cuba Miguel Díaz-Canel reaffirmed that his country will resist the blockade imposed by the United States for nearly 60 years.

The president tweeted condemning a new maneuver that blocked donations from a delegation from the Progressive International, which would travel to Havana to support free access to Covid-19 vaccines, promoted by Cuba.

The Dutch bank ING blocked the initiative, as reported on Wednesday by Prensa Latina on a statement sent to the news agency by the solidarity organization.

“We will resist, we will live.” Diaz-Canel tweeted regarding the blockade.

Weeks ago, the Progressive International launched a fundraising campaign to finance a trip to Havana, which would allow a special briefing on Cuba’s efforts to produce its own Covid-19 vaccines, and its desire to share them with the world.

Cuban scientists, ministers and public health officials were slated to participate in the event, scheduled for next January 25th, and which is part of the Union for Vaccine Internationalism promoted by the Progressive International.

A spokesperson for the organization assured Prensa Latina that despite the blockade the plans to hold the meeting in Havana remain unchanged.

Etiquetas: President Diaz-Canel: Cuba will resist the US economic blockade