Spain: Assembly of solidarity groups with Cuba on health issues

Spain: Assembly of solidarity groups with Cuba on health issues 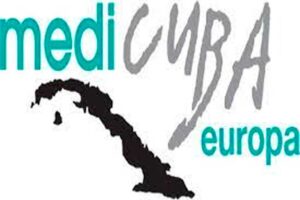 Madrid, spain.- MediCuba Europe’s General Assembly took place in Vienna, with the participation of representatives from the 13 countries that make up the group, SOdepaz of Spain reported today.

In the Austrian capital, Espacio Despacio and SOdepaz, associations of solidarity and cooperation, joined the celebration of the meeting, in which 13 Non-Governmental Organizations of development that make up the group took part in the same number of European territories.

SOdepaz, Solidarity for Development and Peace, told Prensa Latina in Madrid that the meeting was an emotional gesture of gratitude for the solidarity with the Cuban people and the Ambassador Chargé d’Affaires of Cuba in Austria, Soraya Alvarez, delivered a letter from Fernando González Llort to the president of MediCuba.

Gonzalez Llort, president of the Cuban Institute of Friendship with the Peoples (ICAP) and Hero of the Republic of Cuba, sent the letter in appreciation of the work done and the task of cooperation with the public health sector on the island.