Prize to honor the birth date of Cuban National Hero

Prize to honor the birth date of Cuban National Hero 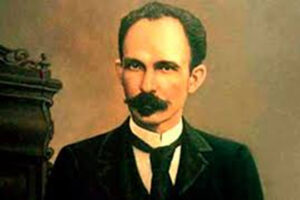 Havana, Cuba.- Organizations of solidarity with Cuba and the Havana embassy in Rabat instituted a cultural award on the occasion of the 169th anniversary of the birth of Cuban National Hero José Martí (1853-1895), diplomatic sources reported here.

The participants will see their artistic contributions published in the institutional profiles of the island’s legation on social networks, the diplomatic representation announced in a note.

According to the note, the initiative is part of the tribute to the life and work of the emblematic figure of Cuban independence, whose birth occurred on January 28, 1853.

In addition, certificates will be granted to those who carry out works in paintings, drawings, poems and essays, and they will be sent from this Monday until the 28th to the embassy’s email address culturacubamaroc22@gmail.com.

With a prolific written work, José Martí organized the last independence attempt against Spanish colonialism, and died in combat in Dos Ríos, in the east of the country, on May 19, 1895.