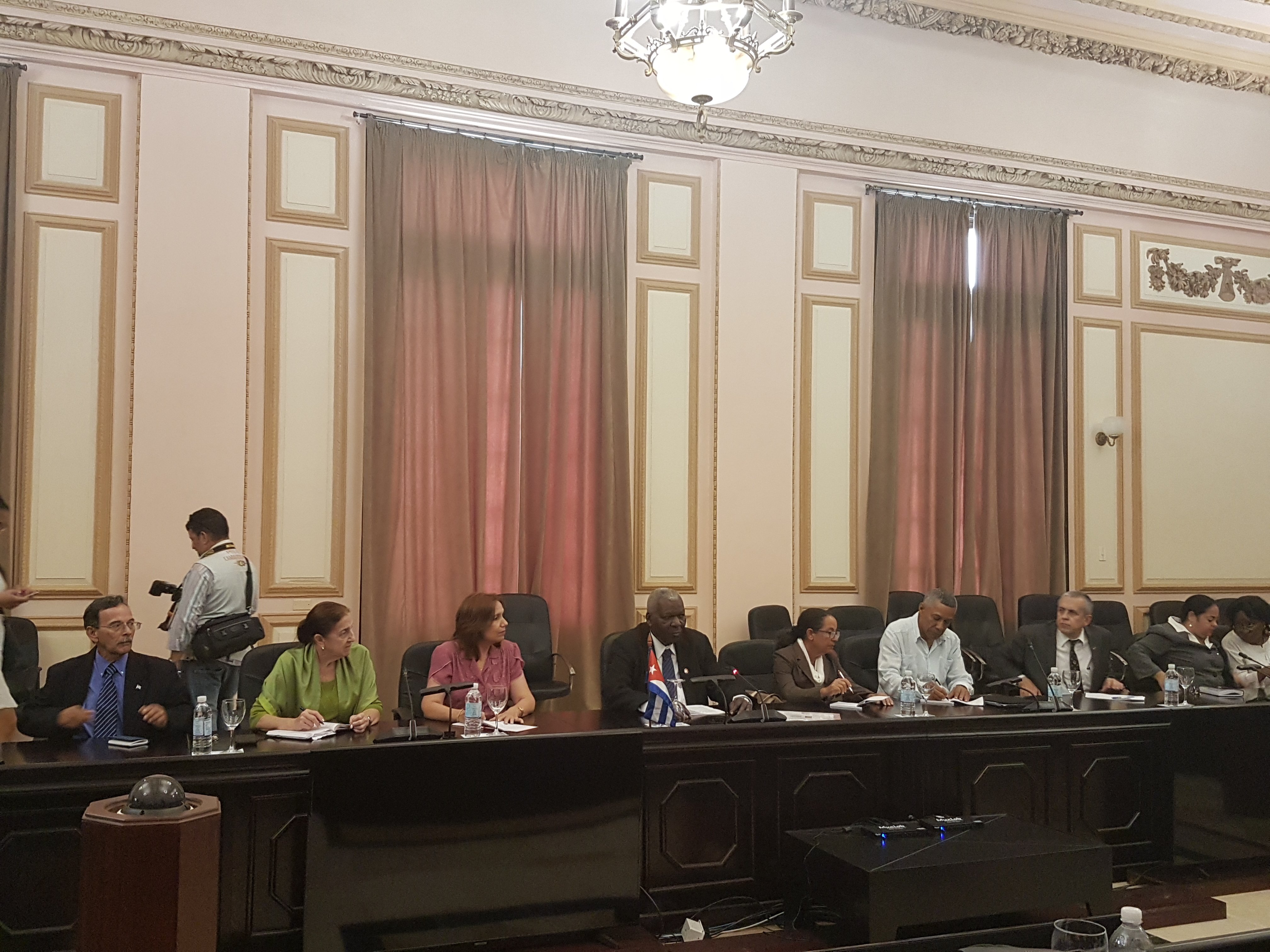 Upon receiving at the Havana Capitol the Member of the Political Bureau of the Communist Party of Vietnam, Truong Thi Mai, Lazo recalled that Fidel and Ho Chi Minh were the architects of that brotherhood, highlighted the permanent parliamentary exchanges, and thanked for the support in the Cuban fight against the blockade.

The distinguished visitor also highlighted the close and strong ties between the two nations, acknowledged Cuba’s invariable support at all times, and ratified the rejection of the siege imposed by Washington.

Minutes earlier, Lazo and Truong took a tour of several areas of the Capitol, the institutional headquarters of the Cuban legislature.