Puerto Rican movement expresses consternation due to fire in Cuba

Puerto Rican movement expresses consternation due to fire in Cuba 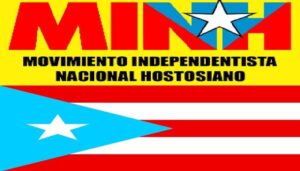 San Juan, Puerto Rico.- The National Hostosiano Independence Movement (MINH) of Puerto Rico has expressed its consternation to the Cuban people, in a message sent to its leaders released on Tuesday, due to the fire occurred at the Matanzas Supertanker Base.

“We feel deep pain and consternation at the unfortunate events that is taking place in Matanzas, which have caused destruction, death and unrest,” the leadership of the Puerto Rican movement stated in a message sent to the Communist Party of Cuba (PCC).

MINH presidents Julio A. Muriente and Angel Rodriguez-Leon wrote, “our solidarity feelings are at this terrible hour at the side of the brotherly Cuban people, the Party and the Government.”

They also recognized the value that several governments’ decision has, including that of the United States, to offer help to face this crisis, after a lightning struck on Friday evening, August 5, one of the crude oil storage tanks, which claimed the life of one person so far, while 14 people are still reported as missing.

The Puerto Rican leaders acknowledged that, although with pain and suffering, this heartbreaking crisis will be overcome, “because if any people in the world deserves and has earned the right to be happy, it is the Cuban people.”