The First Vice-President of the Councils of State and Ministers, Salvador Valdes Mesa, corroborated the successful recovery of important capital economic objectives severely damaged by the tornado that crossed Havana last January. 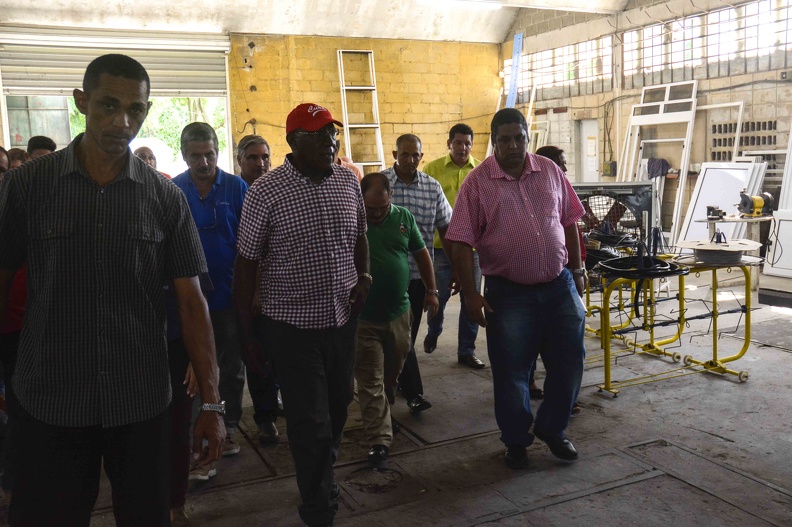 During the tour, Valdes Mesa became interested in the impacts on production and the times that it was stopped, and about the possibilities of each company to meet the plans for the year.

At Machaco Ameijeiras Concrete Plant, hit by the tornado, Valdes Mesa recalled that the country is carrying out a constructive effort that must be backed by productions of several kinds, and that in factories like that the stability of those programs lies.

The First Vice-President of the Councils of State and Ministers also toured the facilities of GEPALSI, a Marketing and Conformation Company of Metal Carpentry and PVC, where production started again in several workshops.