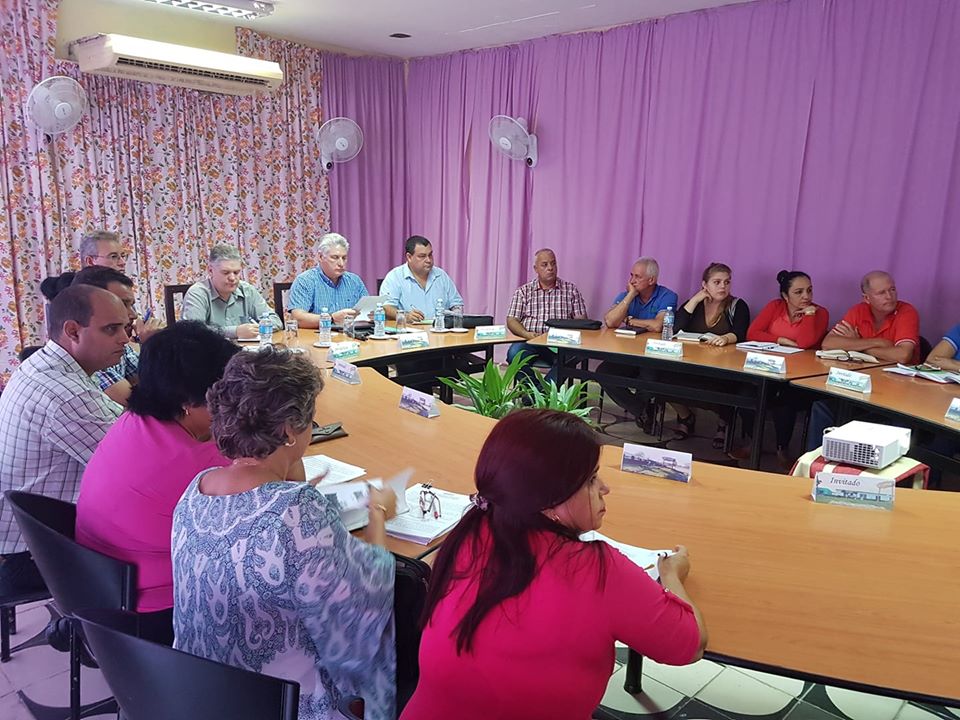 CIENFUEGOS, Cuba.- Led by President of Cuba Miguel Diaz-Canel, a working visit of the Council of Ministers to the central province of Cienfuegos began this Thursday to evaluate the progress of important economic and social programs and the fulfillment of the indications left a year ago.

At dawn on his Twitter account the Cuban President wrote, “We´re in our way to the Pearl of the South to make visit of the Council of Ministers”. The text is accompanied by a view of Marti Park, epicenter of the city of Cienfuegps.

For her part, in the same social network, Deputy Prime Minister Ines Maria Chapman said, “We arrive at the Pearl of the South, Cienfuegos, as part of the second government visit presided over by Diaz-Canel.”

Diaz-Canel Called to Look for Alternatives for Development

Cuba’s President Miguel Diaz-Canel said during his government visit to Cienfuegos that we are going to have a tough year, but we must look for alternatives to get ahead.

In exchange with executives of El Tablon Livestock Company at Cumanayagua, the Cuban President praised its work in the recovery of quarters and equipment, and the productive chains, as well as the establishment of contracts with the Mariel Special Zone of Development.

On his tour of Cienfuegos, as is customary, Diaz-Canel made a stop to talk with the people of Cumanayagua. He also learned of the work at Escambray Dairy Company.

The visit to the central province also included the journey of deputy prime ministers and other leaders through several municipalities, to check the progress of programs of great economic and social interest.

During the government tour carried out in the territory of Cienfuegos, President Miguel Diaz-Canel toured mainstay entities of economy, with an impact on the supply of products to several provinces or for export.

In Escambray Dairy Company, Diaz-Canel became interested in the availability of raw material for the production of ice cream and cheeses, which depends on the collection of milk in livestock entities or the importation of milk powder.

The head of State also asked on the planning of resources and the possibility of installation of solar panels in support of the production process, in order to reduce considerable energy consumption.