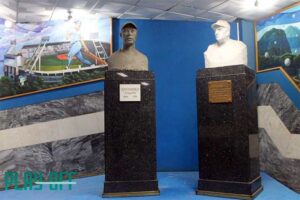 Matanzas, Cuba.- Four former baseball players were elected to join the Hall of Fame in this Cuban western city, which has since 2017 welcomed outstanding players of all times, local media reported.

In this sixth edition, the Elector Group chose outfielder Antonio “Haitiano” Gonzalez as the pre-1961 player, while it selected pitcher Rogelio Garcia and outfielder Armando Capiro from the post-1962 period.

The Veterans Committee, for its part, chose Mariano Alvarez, who played in the national series as well as in the strong Pedro Betancourt League with the España Sugar Mill.

Francisco Soriano, president of that Committee, recalled the importance of baseball in Havana and Matanzas since the mid-19th century.

Soriano highlighted baseball’s contributions to the struggle for independence from Spanish colonialism and its role as an exponent of many national traits, which is why it was declared Cultural Heritage of the Nation in 2021.

The induction ceremony of these former athletes will take place on February 6 at the aforementioned hall, located in the mythical Palmar de Junco stadium, where the first official baseball game was played in Cuba on December 27, 1874.