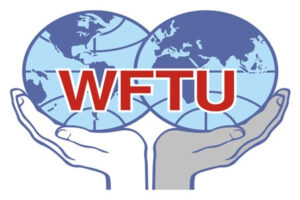 Paris, France.- The World Federation of Trade Unions (WFTU) on Thursday has announced its support to the media marathon convened by the Europe for Cuba channel to denounce and condemn the blockade the United States has imposed on the Caribbean nation for more than 60 years.

The WFTU, which is the militant voice of more than 105 million workers globally, supports and participates in this initiative scheduled for April 2 and 3, the international organization’s Secretariat stated in a communique shared with Prensa Latina by the European platform of solidarity with Cuba activated in October 2020.

In the document, the Federation recalled its traditional rejection to the economic, commercial and financial siege that Washington has implemented against the Caribbean country, a policy tightened amid the Covid-19 pandemic.

The WFTU also repudiated the aggressions aimed at destabilizing the island, which it described as imperialist provocations.

The Europe for Cuba channel launched on January 23 the call for 24-hour uninterrupted transmissions via social media, radio, television and the printing press against the US blockade, starting on April 2 at 20:00 hours to Central European Time.

According to the WFTU, the initiative is a propitious occasion to ratify its support and solidarity to Cuba’s workers and people, whom it congratulated for their achievements and resistance.