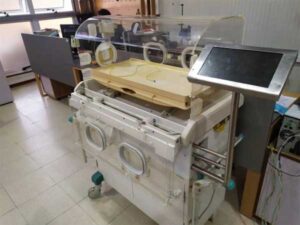 Havana, Cuba.- Cuba’s Minister of Public Health, José Ángel Portal, highlighted the importance of innovation, which made it possible to replace a group of incubators and create thermal cradles in the island.

The workers of the Center for Clinical Engineering and Electromedicine have come up with different projects that gradually allow us to gain technological sovereignty and consolidate results in the installation, maintenance and recovery of equipment and furniture, Portal said.

Thanks to the cooperative and productive relations established between this institution and the Electronics, Informatics, Automation and Communications Industry Group (Gelect), a Cuban control module for incubators was obtained, the head of the institution explained.

He emphasized that this will make it possible to replace with Cuban technology an obsolete group of such equipment in several parts of the country.

The project intends to change the original incubator system for the Cuban design.

Other elements, such as the heating elements or acrylics, will be produced domestically, and their manufacture will be gradual.

Later on, systems such as weight and skin control will be incorporated to the control panel, and a gradual deployment to the rest of the country is planned.